Croatian regions were split between the Austrian and Hungarian part. However, the Croatian-Hungarian Compromise granted a certain level of autonomy to Croatia and Slavonia, even though not in the field of economy, trade and transport, which were governed by the government in Budapest.

Anxious to gain as much independence as possible, Croatian businessmen were striving to form the fourth economic department, so they founded an Association of Industrialists and Merchants of Croatia and Slavonia under the auspices of the Chamber of Commerce.

The Association also spurred the establishment of the Commodities and Valuables Division in 1907. It was inaugurated in the building of the Chamber of Commerce on 15th June, 1907. S. D. Aleksander headed the division, which effectively launched the market in the stocks of local factories and financial institutions that major exchanges in Vienna and Budapest would not admit to trading.

Shares and other securities, currencies and commodities were traded, and during World War I the Zagreb Stock Exchange did not operate, and 1918 it resumed operations under the name 'Zagreb Stock Exchange for Commodities and Values' (Rules approved on 3 December 1918 ). The stock exchange enjoyed the reputation of foreign clients, especially from Vienna and Prague, thus laying the foundation for a strong domestic banking and financial system in general. 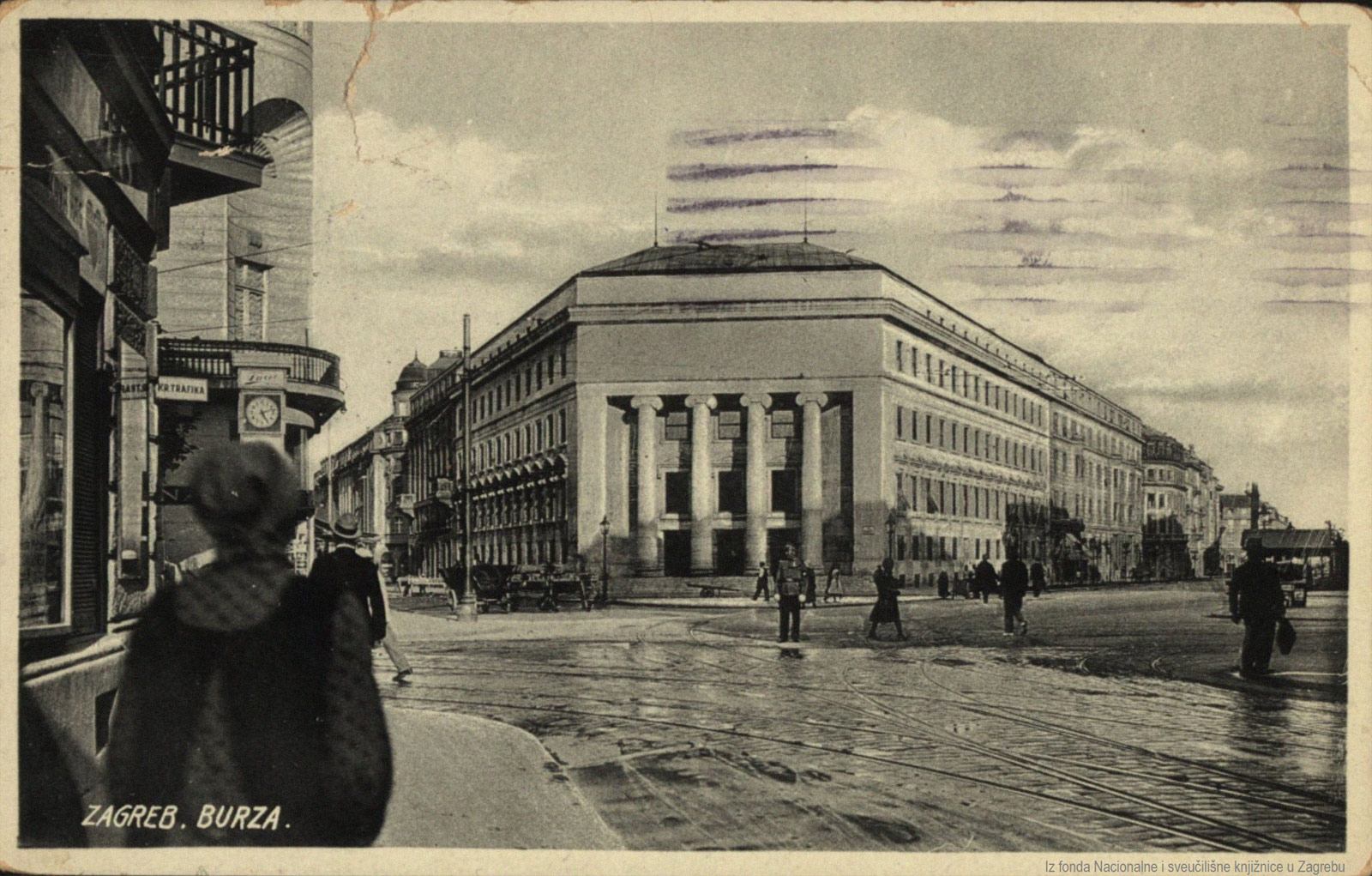 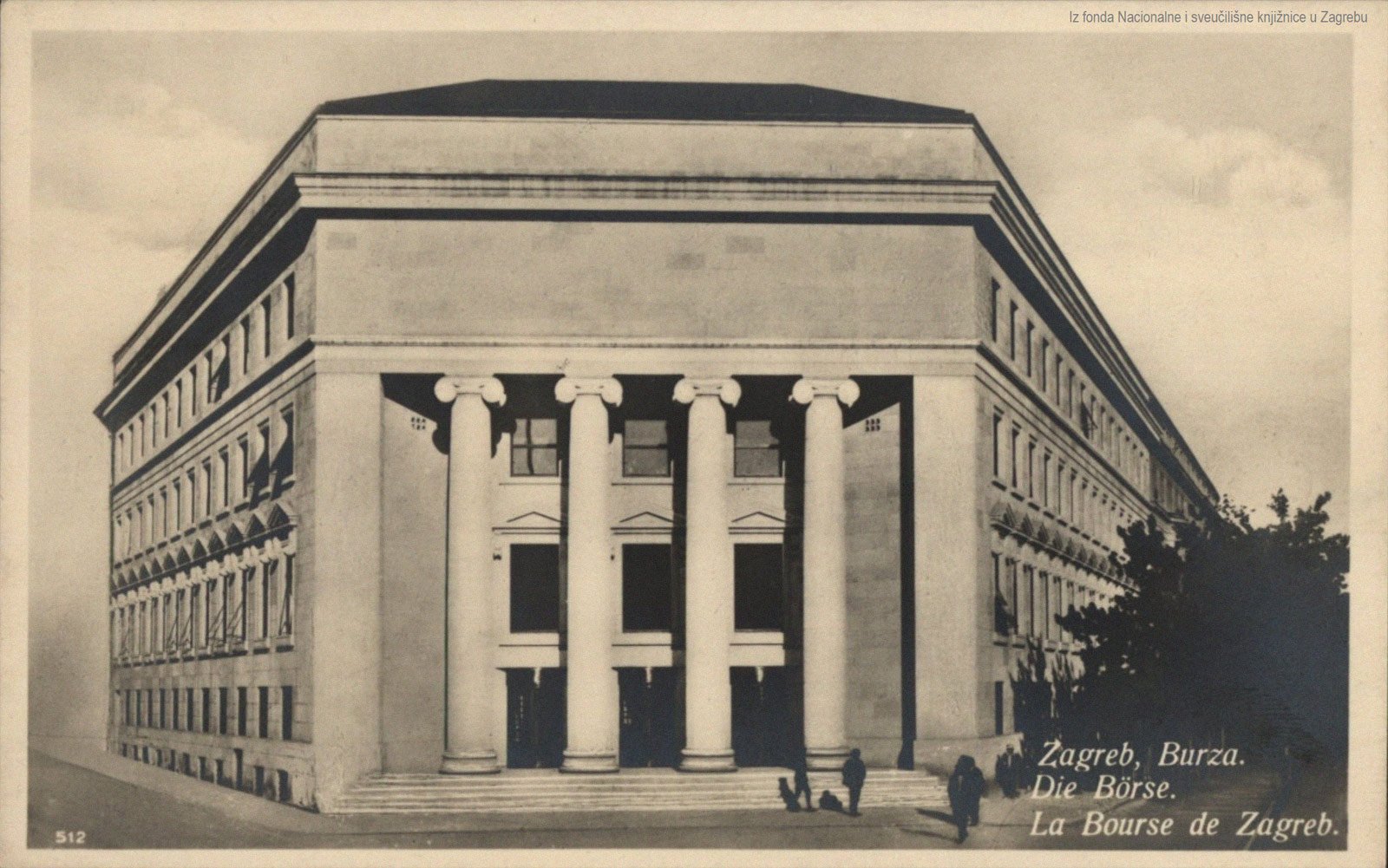 After World War I, the Zagreb Exchange reopened, its securities department first, then the commodities department, followed by the Exchange Court of Arbitration in September 1919.

This Exchange was subordinated to the Ministry of Trade and Industry; it held all the rights appertaining to corporations including organization autonomy and its purpose was to facilitate and regulate trade in various kinds of commodities, securities, drafts, money (foreign currency and notes) and precious metals. The Exchange was supervised by a Ministry of Trade and Industry commissioner.

Despite all kinds of restrictions on the Exchange operations, the Exchange earned sufficient amounts of money to begin the construction of its new building. As a monument to the glorious past in the center of Zagreb stands a beautiful stock exchange palace, opened in 1927. The building is a world heritage site entered into the Register of Cultural Monuments.

The auditorium was once equipped with 52 telephone booths for visitors, which made the Zagreb Stock Exchange the most modern European stock exchange of that time.

Since the Exchange as a speculative institution had no place in the socialist society, its operations were suspended in 1945.